The National Association of Realtors has a neat site where you can compare the prices of houses sold for different U.S. Metropolitan areas. It also lists average commute times; the value of that is a bit of a mystery to me, but it’s mildly interesting.

In the chart below, I show median single family house prices for some Western cities. The average price drop across the nation for second quarter 2009, compared to the same time period last year was 15.6%. All of the cities listed in California did worse. As did Nevada.

Oregon and Washington fared better than the national average. The average decline for the Oregon Cities was: Portland 14%, Eugene 12%, and Salem at 11 ½ %. While the decreases are notable, the bottom didn’t fall out in these markets. Conventional wisdom is that because the Willamette Valley didn’t see the run up in prices at market peak, we had less of a correction at market bottom. 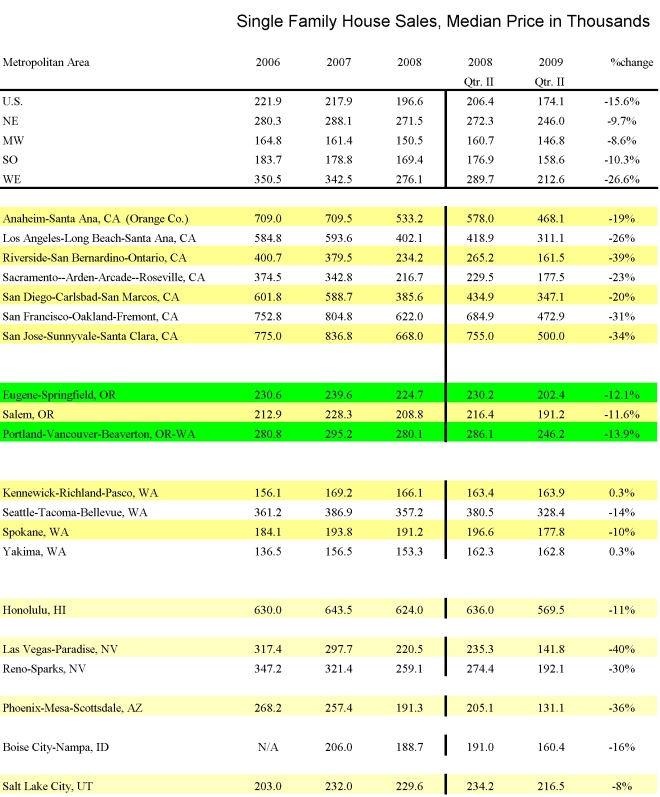